Sheetfed offset on the Rapida 105

Short runs of postcards and greeting cards printed with dispersion coating in a process based on gang formes, followed by a high degree of offline finishing and partially manual downstream further processing. As one day's print production is enough to keep the post-press department busy for an average of three days, Druckerei Münch was looking for a five-colour coater press for print format 72 x 104 cm with a demand-oriented level of automation. The greater output of the high-end Rapida 106 press was not actually required and certain of its automation features were similarly dispensable.

With the Rapida 105, the company installed a modern medium-format sheetfed offset press which shares the same technology platform as the makeready world champion Rapida 106, albeit it with a slightly reduced production speed and scope of automation. The investment outlay thus remained moderate, but the press still offers the enlarged print format necessary for card production based on gang formes, as well as FAPC plate changers, CIP3 workflow, a high-performance coating tower and online quality control directly from the console. And it goes without saying that the Rapida 105 handles also rigid substrates with ease.

Use of the Rapida 105 has slashed makeready times by half compared to the predecessor press. The amount of waste has also been reduced significantly. And with so many products being printed on high-grade substrates, waste savings translate directly into tangible cost savings. Faster makeready and the increased production speeds of up to 16,000 sheets per hour have enabled expansion of the overall production capacity.

The family-run business has been producing postcards and greeting cards for leading German publishing houses for over 60 years. In addition to printing, a strong focus is placed on finishing and logistics. An extensive finished goods warehouse enables a broad product range to be shipped “on demand”.

http://www.druckereimuench.de/
We made the right decision. The press just runs and runs, reliably and trouble-free, day after day.
Uwe Böhner, plant manager
Druckerei Münch
Other topics 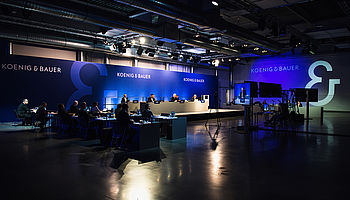 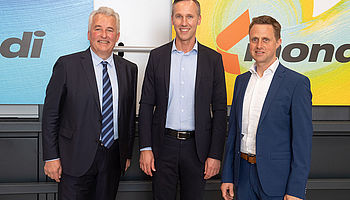 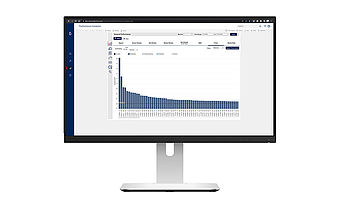 11. May 2022 / NewsTurn your vision of Print 4.0 into reality with Performance Analytics 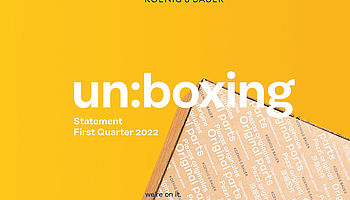 05. May 2022 / NewsKoenig & Bauer standing its ground in a gloomy economic environment in the first quarter of 2022
Order Print Brochures
Order Now