Constantly growing print volumes with an increasing proportion of short-run jobs left no alternative to investments in new technology for the print centre at Ravensburger Spieleverlag. It was imperative to reduce makeready times and raise production output significantly compared to the existing large-format press, which was already showing its age.

Ravensburger purchased a five-colour Rapida 145 with inline coater. It stands on raised foundations and incorporates all the automation features necessary for fast job changes. A plate lift also simplifies the handling of the large-format printing plates. At the same time, an existing Rapida 105 press was rotated by 180° and treated to a comprehensive retrofit. As a result, both presses are now ideally positioned for optimum material flows.

Makeready times have been slashed by up to 80 per cent. There are typically up to 18 job changes per shift. The record to date was 50 makeready cycles in 24 hours. In most cases, one test sheet is normally sufficient before actual production commences. This has served to reduce makeready waste by half. As makeready is no longer such a major factor in production costs, classic games can be printed more frequently. Consequently, less warehouse space is occupied and less capital is locked up in warehouse stocks. The Rapida 145 runs at 15,000 sheets per hour almost the whole time.

Ravensburger is a leading European provider of puzzles, games and activity products, and a leading publisher of children's and youth books in the German-speaking region. The blue triangle is one of the most renowned trademarks in Germany. Founded by Otto Meier in 1883, the company today counts 2,100 employees, who together generate annual sales of almost €500 million.

http://www.ravensburger.de
We can swear by our Rapidas for their advantages in board printing.
Günter Märker, head of production
Ravensburger Spieleverlag
Other topics 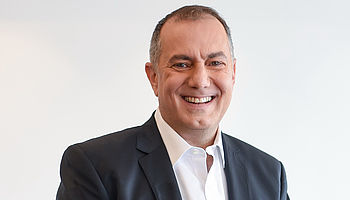 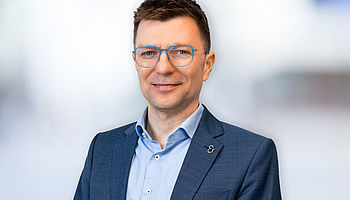 27. Jan 2023 / NewsNew leadership duo for the marking and coding segment at Koenig & Bauer 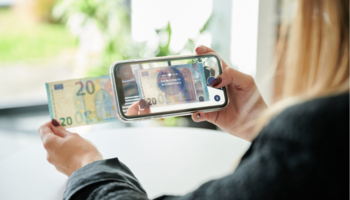 26. Jan 2023 / NewsNew partnership with SONECT to support the access to cash 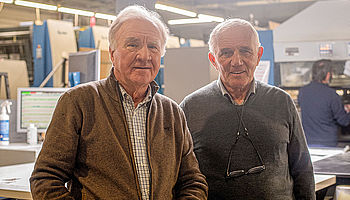